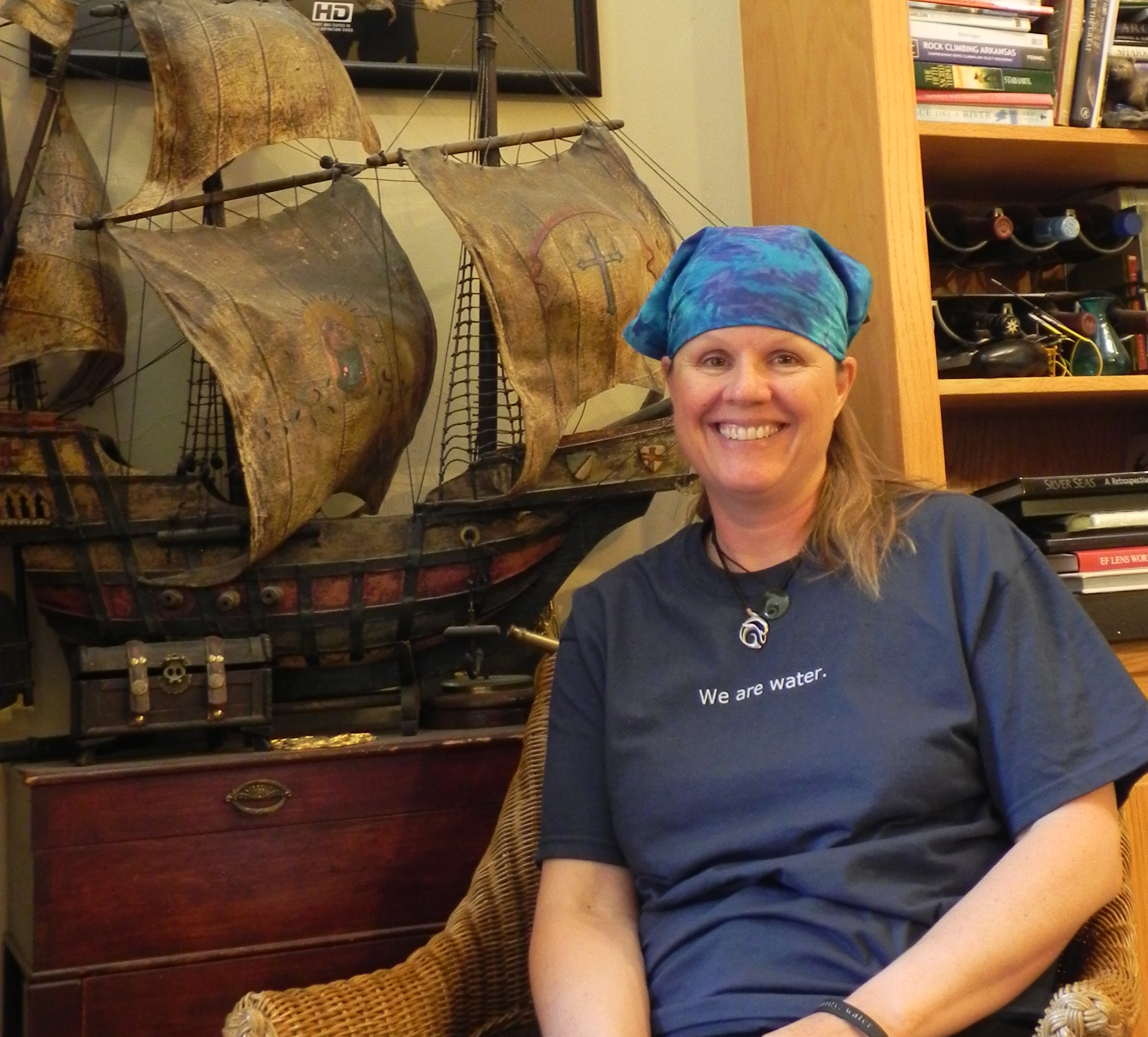 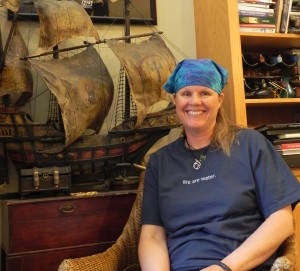 When she was 2 years old, Jill Heinerth fell off a dock into the freezing cold water of Lake Ontario.

In the midst of drowning, Heinerth said the only thing she remembers is floating face down, content and unafraid.

“It was peaceful down there,” she said. “I saw the rainbow ripples on the sand below and just didn’t want to get out.”

Ever since that moment, Heinerth, now 47, said she sees life as a continuing effort to get back in the water.

As a professional cave diver and independent filmmaker living in High Springs, Heinerth has explored about 100 underwater caves all over the world. She has made movies for National Geographic, befriended a cave diving pioneer and guided “Titanic” director James Cameron on his first cave dive.

Growing up in Ontario, Heinerth’s parents never let her take diving lessons. She didn’t learn to dive until she enrolled in a scuba class in college. The teacher took the class on a dive trip to a lake in Ontario.

The water was 37 degrees and murky. She couldn’t see more than a few feet in front of her. But within hours, she stumbled upon four tugboat wrecks in the depths of the lake.

That was it. Heinerth was hooked.

“The noise of the world completely stops when your down there,” she said. “It is very freeing. I just knew it was where I belonged.”

After she finished college, Heinerth opened an advertising agency in Ontario. Life in an office, however, didn’t suit her.

At 26, she sold her business and most of her belongings, packed a suitcase and moved to the Cayman Islands where she worked in marketing for a hotel and taught diving.

It was during those two-and-a-half years in the Cayman Islands that Heinerth began making trips to High Springs, Fla., a small town in North Florida painted with exotic, fresh-water springs, to explore its numerous underwater caves. The town was an international mecca for cave diving.

In 1996, she left the Cayman Islands and moved to a city a few hours south of High Springs.

“People don’t realize it, but the springs here are like the eighth wonder of the world,” she said. “I’ve explored a lot of caves, but these springs are the most unique on the planet.”

Heinerth now lives in High Springs with her husband Robert and their peacock, Indigo. She dives in Ginnie Springs across from her house almost every day.

It’s not that she’s looking for something in particular when she plunges into the deep, Heinerth said. She craves the experience, and if she comes across a boat wreck hidden in the sand or finds herself swimming alongside a killer whale, it’s an added bonus.

As her love of diving developed, so did her passion to raise awareness about water and the issues associated with it.

When she relocated to Florida, she opened Heinerth Productions, a film production company that she still runs today. This way, the diving was still constant, but she could now capture what she saw and share it with the world.

A brush with death — and taxes

In 1996, Heinerth was working on a film about the caves of Wakulla Springs near Tallahassee. It was on that project that she met Wes Skiles, a cave diving pioneer known around the world for his underwater photography.

The two decided to work together and explore underwater caves in an iceberg that had calved off Antarctica in 2003.

Skiles, a daring diver and Heinerth, an eager explorer pitched the idea to National Geographic on a whim and got the funding.

It took them a month of diving in the minus-two-degree water before they found any caves.

At one point, while she was exploring the caves beneath the iceberg, the current unexpectedly changed. The rope that divers use as a lifeline from the caves to the surface broke. Heinerth couldn’t see more than five feet in front of her.

Her ear piece went silent. She lost contact with her team.

“I didn’t think I was going to make it,” Heinerth said. “I just kept thinking to myself, ‘Crap, Robert doesn’t know how to do the taxes. I’ve got to get out of here.’”

But she calmed herself and made it out. It was one of her scariest brushes with death, but she went back down the next day.

Exposing the world of water

Heinerth’s proudest piece of work was a documentary series she and Skiles shot in the mid-2000s called “Water’s Journey.”

The two divers who shared a passion for film making wanted to spread awareness about where tap water came from and the importance of conserving water. They followed the course a drop of water takes through the environment, traveling through storm water and sewer systems and exploring the entire extent of the Everglades watershed.

Tragedy struck in 2010 when Skiles died while diving off Boynton Beach in Florida. Although she misses her friend and mentor, Heinerth hasn’t let Skiles’ death keep her from combing underwater caves.

She went on to work with Hollywood director James Cameron on his 2011 film, “Sanctum.” The film is dedicated to Skiles.

Because she had made dozens of films and worked frequently with National Geographic, Heinerth made a name for herself in the diving world.

Cameron contacted her to help train the actors and direct underwater scenes in “Sanctum,” a film about cave divers who explore one of the world’s most treacherous and least accessible caves.

Under Heinerth’s guidance, Cameron went on his first-ever cave dive in Ginnie Springs.

In her home, Heinerth has pictures of her and the Academy Award-winning director eating pizza while they float in the aquamarine water.

Next May, Heinerth will head on the road to present and promote her newest film, “We Are Water,” to educate viewers about where water comes from and to teach people how to protect and nurture our connection with the finite resource.

Heinerth and her husband, Robert, will bike more than 5,000 miles from Vancouver to the southernmost point of the St. Johns River, stopping in cities to present the film. The tour is an effort to engage viewers in taking action to conserve water.

“I see ‘We are Water’ as the journey of the rest of my life,” Heinerth said. “I’m going to continue to carry this message in every way that I possibly can.”