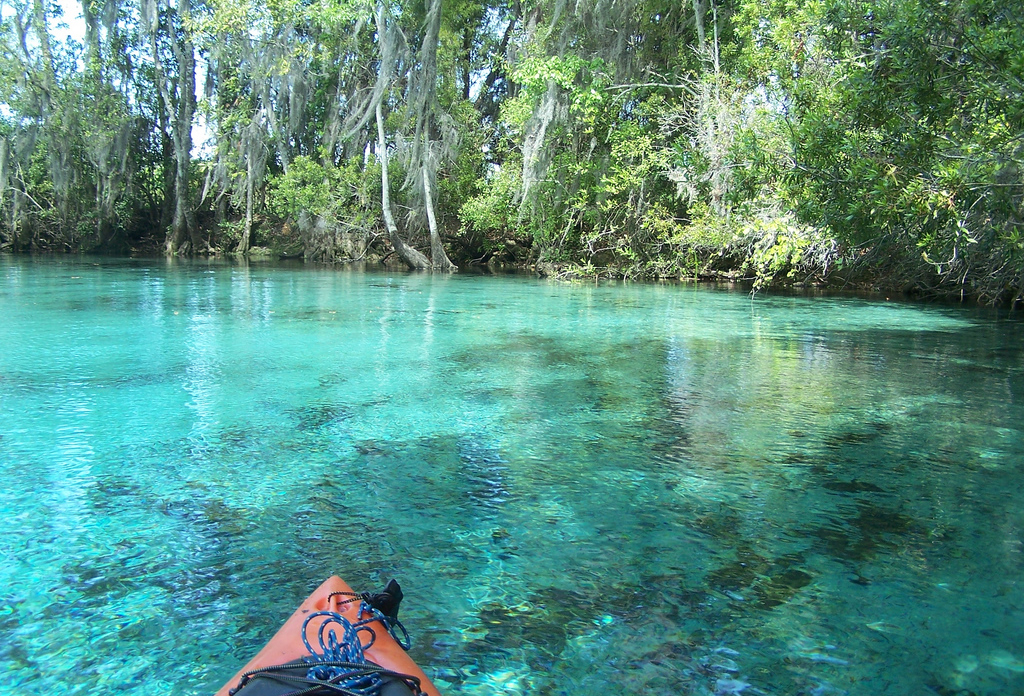 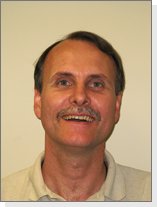 For a systems librarian, a kind of person one might typically consider practical and studious, Paul Clark has a decided “spring” in his step. The award-winning librarian for Clay County Public Library has a passion for Florida springs as evidenced by the 1200 photos on his Flickr page. His blog, Florida Springs lists six years of news posts about, and often photos of, springs in the state.

When he is not fully engaged in literacy or reading campaigns, improvements to the library system, or lobbying state government for library funding, Clark travels the state visiting and evaluating springs. From current events, cleanups and restorations to ecological data, government actions, and grassroots conservation efforts, Clark is a reference of springs FAQs.

He lost the original URL. He was so busy with other projects including his state-wide library campaigns as well as work on a children’s book—that he failed to renew the domain name and someone else nabbed it. However, he recently reloaded material to a nearly identical URL. None of his documentation was lost and is available for anyone browsing for a stunning weekend in Florida’s crystal clear springs.

Clark laments that the springs seem to be in decline—some have even dried up—but most notably, he said, they are being fouled with a native, but invasive algae. Researchers have been scrambling to determine the causes, and candidates include agricultural and lawn fertilizer, declining “grazers” that feed on the algae, higher water temperatures, declining flow rates from drought and over-consumption—or a combination of all as well as yet-to-be-discovered causes.

Clark is an ardent researcher, a skill that goes with the territory of his “day” job, so he has been able to ferret out details and facts about the status of Florida’s springs. He is alarmed by the challenges faced by these natural fountains of fresh water and that sees much to be done by the government, by industry, and by the people who use the springs.

All the more reason, Clark insists, to get out and enjoy and the springs. “We have to support the springs, participate in cleaning up and preserving these Florida treasures,” he said. After all, he added, the “well-being of Florida citizens” is tied to these water sources as they actually spring forth from the huge underground reservoir called the Floridan Aquifer, the source of most of Florida’s potable water.

Although the Florida Geological Service has documented 1,041 springs in the state, only 33 are designated “first magnitude.” These are springs with a flow greater than 100 cubic feet per second (or approximately 64.6 million gallons of water per day)

He said he enjoys discovering the lesser known and smaller magnitude springs on his own or with his children.

“I want to personally share with other families the best springs around,” Clark said. Clarity of the water is high on his lists and so is safety. Is there a lifeguard? He also considers accessibility to the water and amenities such as picnic areas, and concessions, clean bathrooms. Recreational activities such as availability for tubing, snorkeling, kayaking or camping are also important.

His favorite springs? Blue Springs is one of them. Another is Wakulla Springs, near Tallahassee where Clark lives much of his time, even though it is a long commute from his job Clay County.

For a complete list of springs and Clark’s first-hand knowledge and in-depth research of the best spots, visit his blog where he also keeps readers up to date on the health of Florida springs both biologically and politically.

Top Photo: One of the many shots Paul Clark has taken of springs in Florida.

2 thoughts on “Paul Clark: One Man, Many Springs”