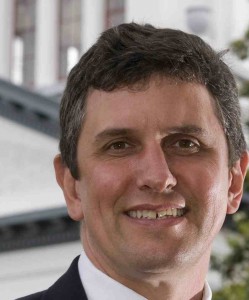 Congratulations to CJC alumnus Bruce Ritchie, who will join Politico this fall covering energy and environmental issues from Tallahassee. Bruce earned his MMC from UF in 1993 (his thesis, as committee member Kim Walsh-Childers will remember, tracked industry pressure on environmental journalists). In the two decades since, Bruce has built a reputation as one of the most respected environmental reporters in Florida. He’s also been one of the best at surviving tumult in the newspaper industry, founding the environmental news site Floridaenvironments.com and writing for the Florida Current following the Tallahassee Democrat’s elimination of the beat in 2008. Bruce has written extensively about energy, growth, pollution threats to Florida’s groundwater and springs, and the fight over water among Florida, Georgia, and Alabama – the subject of his first book, in the works for University Press of Florida. Students taking CJC’s Environmental Journalism class in fall 2015 will get to meet Bruce in November when he guest lectures. Follow him on Twitter @bruceritchie.